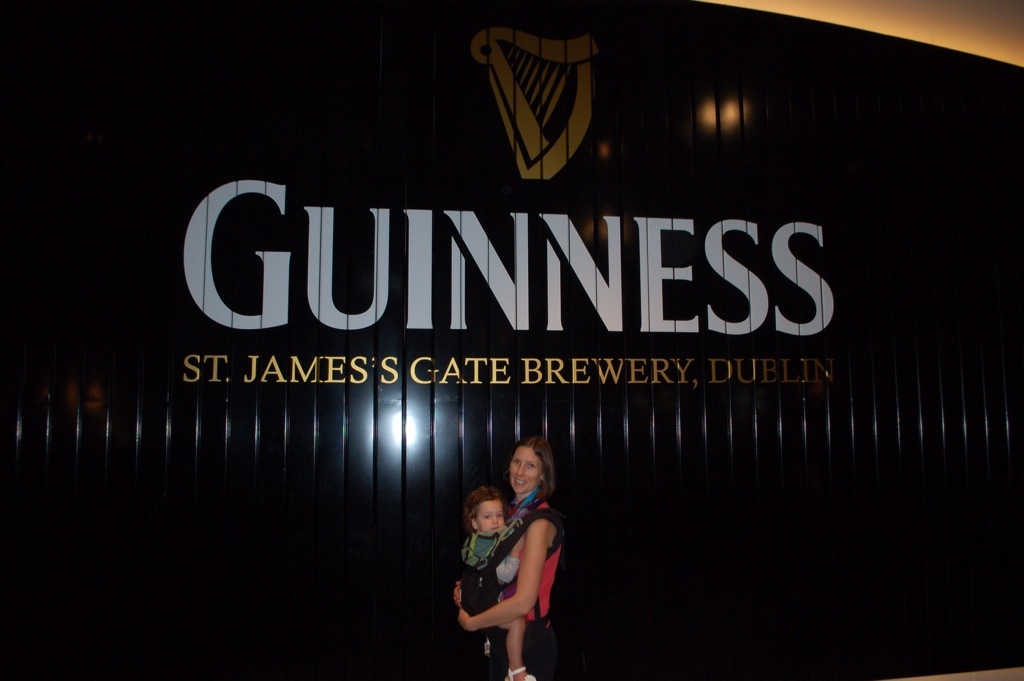 Nope, we weren’t kidnapped by the JW police for spreading bad reviews. We did actually make it home from Panama.

One of these days I’m going to figure out how to a) finish the posts through the end of a whole trip and b) keep posting something of interest between trips. The problem with that latter goal is that I can’t imagine you want to read about business trips. Then again, maybe sometime I’ll explain why it took me 48 hours to get from Halifax to Toronto by plane and how a wad of Canadian Tire money could have saved the day. But I digress…

That said, I know there is at least one reader, who isn’t related to me, who is anxiously waiting to hear how this trip goes. So, without further ado, Dia duit ón Éirinn, or hello from Ireland.

If you’ve read this blog in the past, you probably know that it used to be the tale of two DINKs gradually visiting every country in the world. You’ll also know that Ella (happily) put a wrench in that plan by killing the “no kids” part of that.  With that in mind, I hope you’ll understand that it would be impossible (or at least even more boring) for me to not to start by talking about the flight with Ella.

As Ireland is not exactly an adventurous location, most of our pre-trip concern was reserved for how badly the flight and time change would mess up how well Ella sleeps. That, and whether any of the other passengers would have cause to hate us after 5 hours.

Things started well. Katy found a car service that got us to the airport with a child seat. Yay safety. Ella was also pretty happy to be facing forward for a change in her giant suburban.

At the airport, we breezed through security and quickly found our gate. Ella was quick to spot some nice, older kids from Winnipeg and fortunately they were happy to play babysitter until their flight changed gates. It was meant to be, they had a stuffed monkey named George too. 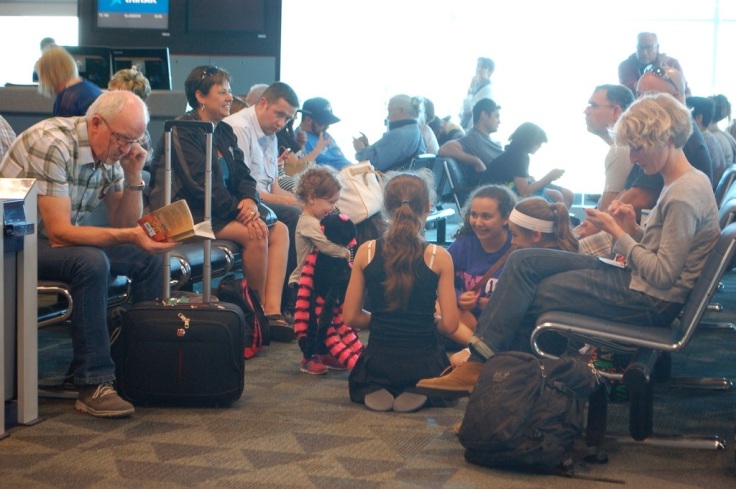 Ella was pretty distraught when they had to leave. They were so nice that they offered to give her their George. We declined but an incredibly nice sentiment from an 8 year old. Especially one who has only spent one or two nights without him in years, according to her dad.

So, how did the flight go? Well, the subhead above pretty much sums it up. Ella was in a great mood. Obvoioulsly this was a good thing, but it also meant she had no interest in sitting still.

For the most part this was fine, at least she was happy. Eventually though, Katy wanted to sleep. The people in the row ahead of us wanted to sleep, and “grammy” in the row behind us probably wanted to be left alone. Who was this “grammy” you ask? Well, we couldn’t figure that out for a while either, until we turned around and realized that the woman in the seat behind Ella bore a striking resemblance to Katy’s mum. We had ourselves a Linda-ganger.

If only Ella had been as well behaved as George. Apparently the fear of being traded for some pink and black monkey had him scared straight. 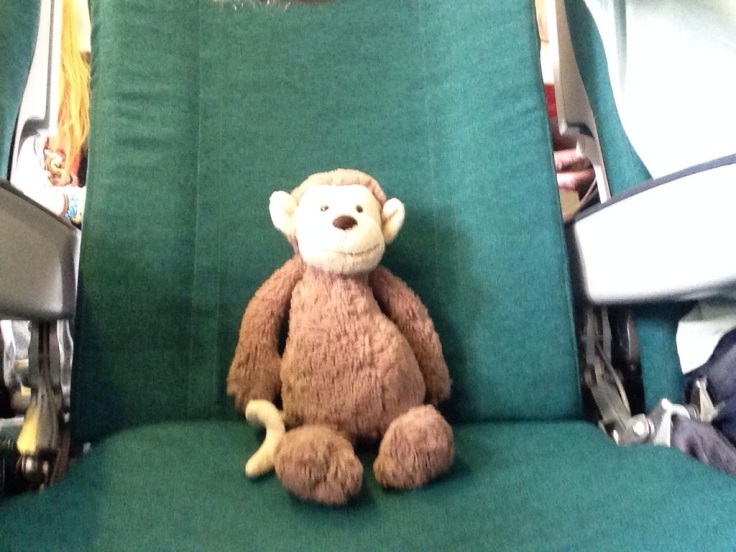 Eventually, after her mood deteriorated quite a bit, Ella did fall asleep watching tv on my lap. Aer Lingus had great tv’s so I should have known to try this earlier. A quick slip in to the beautifully vacant middle seat and Ella actually got an hour or so of sleep before we landed.

Needless to say, Ella was less than excited about being woken when we landed. Despite this she was a trooper and we breezed through customs and into a taxi. Aside from a brief moment where we thought she would be sick in the taxi, we were soon at our AirBnB apartment. This time the conversation with Ella about bed was different. Instead of fighting it, a question about bed was met with a defeated, “bed” followed by sound sleep.