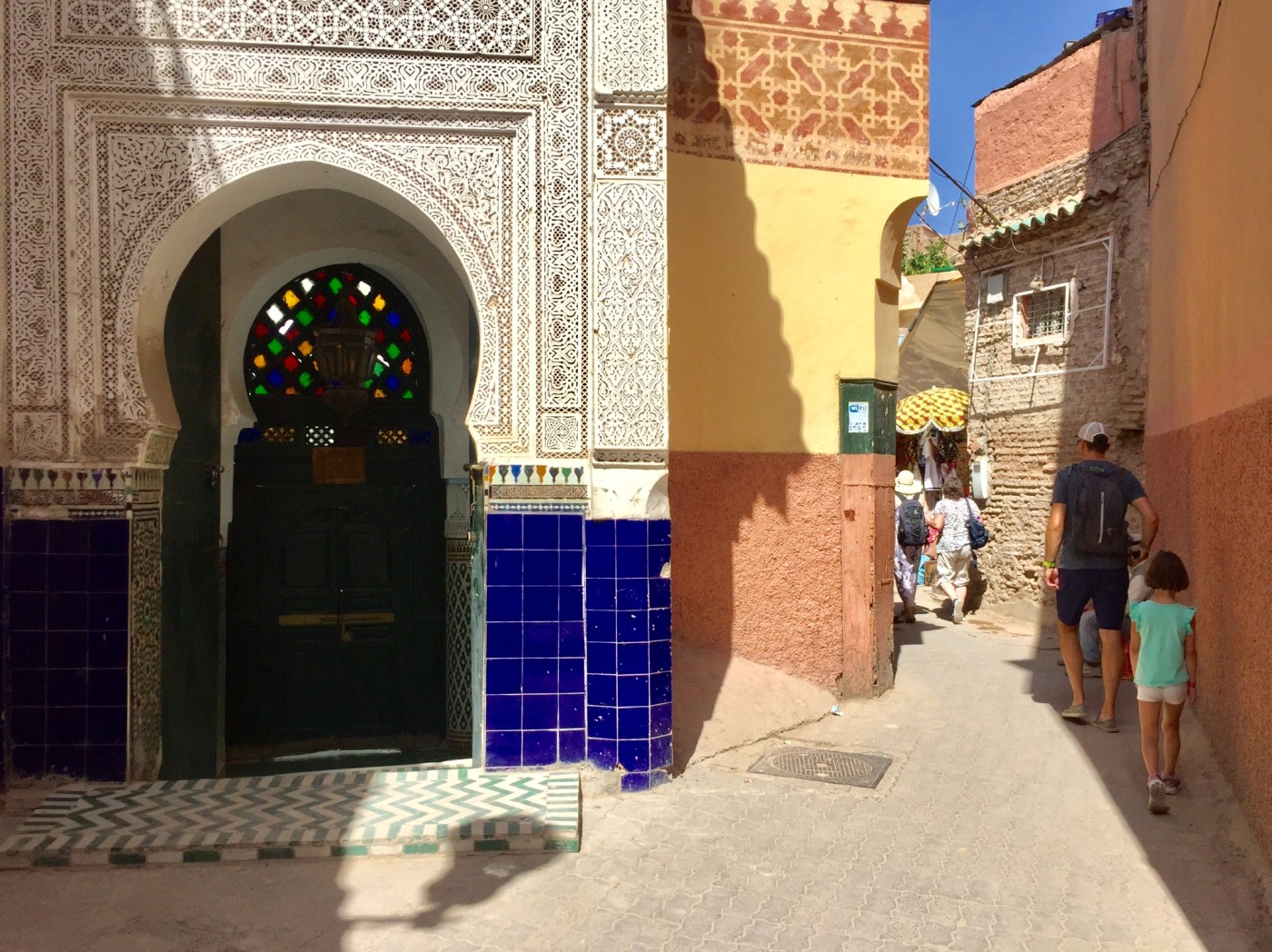 After a great night’s sleep in Casablanca we set off for Marrakech, a roughly 3.5 hour journey by train.

The trip started in confusion, not ours but that of several other passengers on the train. A system based on knowing where you sit based on class of fare + car number + cabin + seat, all listed on your ticket seemed fairly straight forward, but not so much for others.

We got on the train to find there were already 7 people trying to sit in a cabin with 6 seats, three of which were ours. A quick discussion in Arabic, French, English and a Chinese dialect followed by lots of people reviewing each other’s tickets and we had managed to assert ownership over three seats and get ourselves settled with three Moroccans as our travelling companions for the journey. The unfortunate losers, a group of Chinese girls, were left to wander the train. (They needed to be in second class but didn’t seem to like this fact.)

Riding with the king (well someone who met him once)

With that all sorted we settled in for our train ride. The plan was for Katy and I to read while Ella took advantage for some iPad time. While we did some of this, we actually spent a large portion of the time chatting with one of our cabin mates, Qarmad Mohamed. In addition to being very friendly, it turns out he is a rather famous calligrapher. We didn’t know it, but we’d already seen his work: he was commissioned to work on the calligraphy found on the Moroccan banknotes.

He and his colleagues were travelling to a conference to speak but was kind enough to spend some of the trip chatting with us and making a special piece for Ella that included her name in Arabic calligraphy.

The hidden cost of our beautiful riad

When we arrived in Marrakech we were greeted by a driver we had arranged though our AirBnb host. A good thing too as I’m not sure we ever would have found our riad without assistance navigating the narrow alleyways. As we got closer to our riad we were handed off to Saida, our femme de ménage, who showed us the way to our riad.

The riad is really beautiful. It would take a lottery win and probably buying our neighbours house but we’d love to gut our own and make it look more like this one. 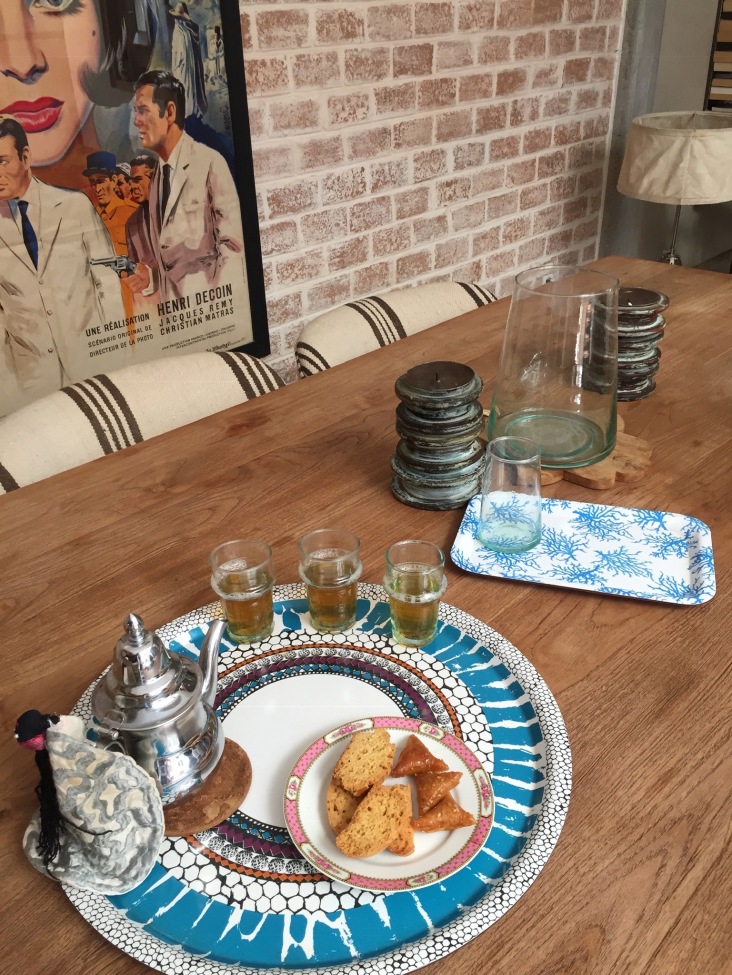 Our first real taste of Marrakech

After getting settled in the riad, we decided to try one of the restaurants recommended by our hosts for lunch, Le Jardin. The food was good and the garden atmosphere made the heat a little more tolerable. Unfortunately the house tortoises were having a nap upstairs somewhere while we were there, much to Ella’s disappointment. 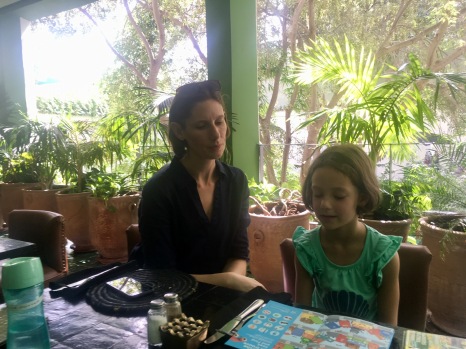 The walk to the restaurant gave us our first chance to explore Marrakesh by foot. One thing everyone warns you about in Marrakech is getting lost and they aren’t wrong. Even with Google maps we’ve already made a few wrong turns. 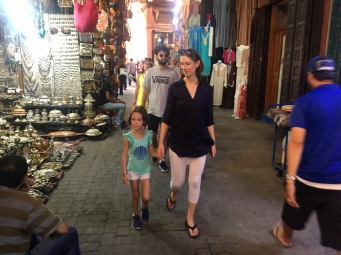 After lunch we made our way back to the riad to take the cool pool for a spin. Essentially a hot tub, minus the hot, which was great.

Then it was back out into the bustle for dinner on a rooftop terrace not far from our place.

We’ve got a few more days to explore Marrakech on this trip, but the first impression is a good one.