Sadly, our second night of sleep in Morocco wasn’t as magical as the first. Ignoring the fatigue we dragged ourselves out of bed for our first full day in the city. There’s really no better way to get around a city than by bike so that’s how we started our day. Filled with a delicious breakfast made by Saida, we set out to to find Mohamed L. (there are three in the company so the initial is important, he said) at Argon Sports bike tours.

Bikes are the new buses

While we still love a good hop-on-hop-off bus ride, bike tours have taken their place as our first stop when looking for ways to explore a new city. First, it’s way more fun to ride a bike than sit on a bus. Second, we get to interact with a live guide on a private or small tour, both during the stops and as we ride along. Third, making your way through traffic on a bike is a great way to get a feel for a city. END_OF_DOCUMENT_TOKEN_TO_BE_REPLACED 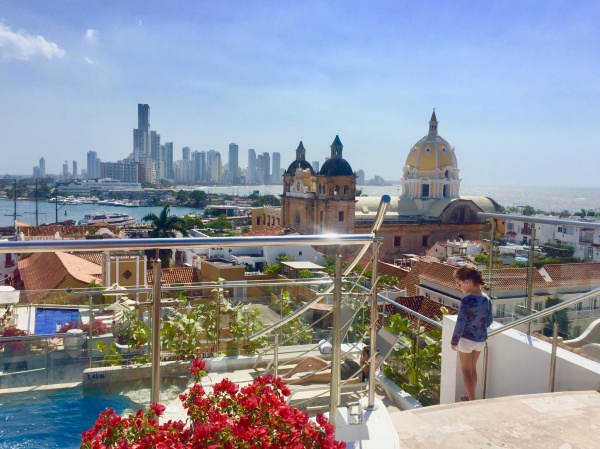 After a great day at Playa Blanca, we decided to spend some time wandering around the walled city.

Our primary mission was a stop at the market stalls at Plaza de las Boveda so Katy and Ella could do a little shopping.

END_OF_DOCUMENT_TOKEN_TO_BE_REPLACED

As I sit down here in Santiago, Chile to write this post, it occurs to me just how spoiled we are. Our last international trip, 4 days in Bermuda, didn’t even warrant a post. Short version to get you caught up: still loved it, still not cheap, we’ll be returning. Back to the current trip: We’re in Chile!

This trip did not necessarily get off to the start we had been hoping for. The night before our departure Ella woke up repeatedly in the middle of the night and eventually got sick. I think this was mostly out of excitement to be leaving, but unfortunate nonetheless. By about 4am we had everything cleaned up and were all back to bed but it was a sign of fatigue to come.

END_OF_DOCUMENT_TOKEN_TO_BE_REPLACED

For our last few days in Qatar we decided to spend some time in our temporary neighbourhood, the Pearl, and relax. The Pearl is a man made island, part community, part luxury resort.

END_OF_DOCUMENT_TOKEN_TO_BE_REPLACED 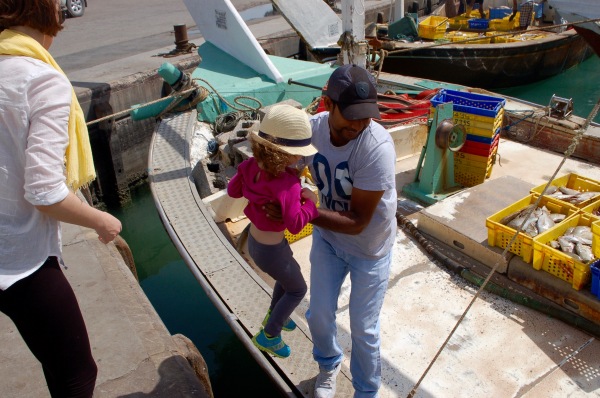 We’re back in Doha and have a few days left before we have to head back home to reality. While we’ll spend most of our remaining time relaxing, we still had a little more of Qatar to see. Having seen the sand dunes to the south during our first stay in Doha, this time we’re heading to the northern regions of Qatar. 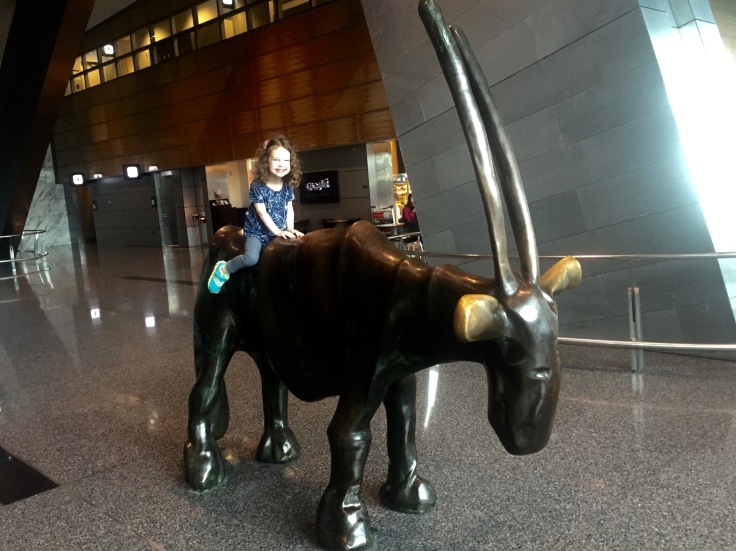 Ella suggested that we travel by oryx. Unfortunately these ones were busy at the airport so we had to rely on a truck.  END_OF_DOCUMENT_TOKEN_TO_BE_REPLACED

It’s cliche, but a first visit to a new country in the Middle East doesn’t really feel complete if we don’t visit a mosque and a souk. So, with our first day on our own in Bahrain we decided to check off those boxes.

Our first stop was the Al Fateh Grand Mosque. Opened in the mid-1980’s it’s a replica of the mosque in Alexandria, Egypt. We didn’t make it to Alexandria when we visited Egypt so I can’t speak to the accuracy of the copy, but I can say that this one is beautiful. 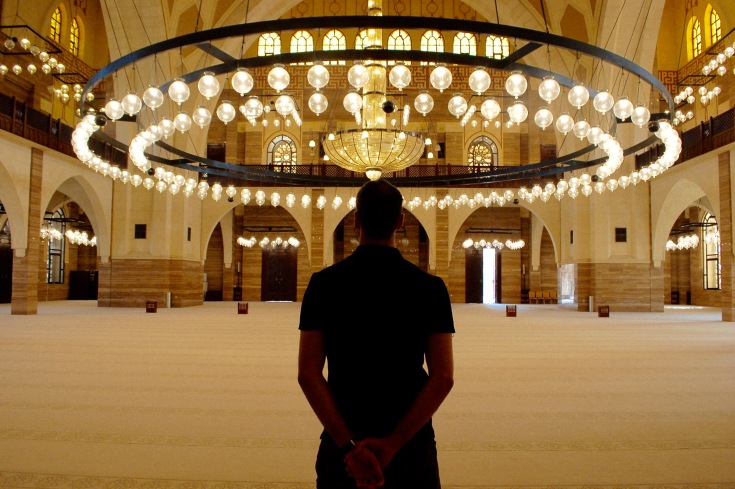 In it’s description of the mosque, the Lonely Planet mentions that they are very welcoming of visitors and have taken it upon themselves to be ambassadors of the Islamic faith for the westerners who visit. This was definitely the case for us. They were incredibly welcoming and we were happy to take them up on a tour. END_OF_DOCUMENT_TOKEN_TO_BE_REPLACED

Arriving in Bahrain, we probably had even less of an idea what to expect than we did arriving in Qatar earlier this week. I’m pretty sure the first time I even became aware of the existence of Bahrain was when they, like Qatar, started bringing elite Africans in to run for them. Not exactly a nuanced understanding of their national psyche.

What I’ve learned in 12 hours

The recent history in Bahrain is somewhat similar to the other Gulf countries; trouble after the collapse of the pearling industry followed by sudden wealth and shiny towers in the desert.

In these components Bahrain seems similar but just a little earlier in the curve, i.e. first to discover oil, first to really face the prospect of running out. However, Bahrain seems to have a more interesting earlier history too, as seen in some 18,000 burial mounds that can be found around the country dating back to 3,000 BC.

To get a better sense in our limited time, we hooked up with BGIS, a tour company, to get a guided look around. END_OF_DOCUMENT_TOKEN_TO_BE_REPLACED 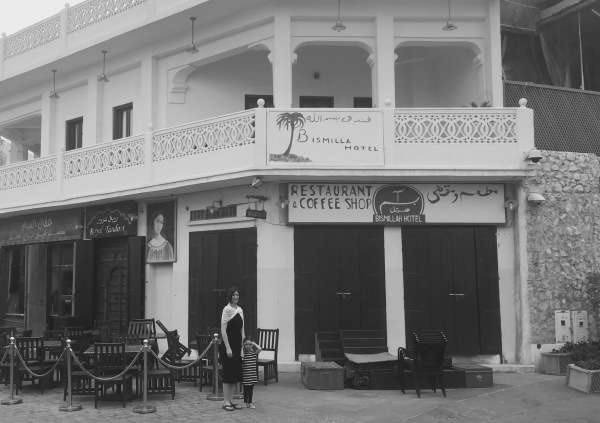 Today we decided to take a spin around Doha. As is our custom, we opted for the local hop-on hop-off bus, though in this case our hopping was limited to the start and end of the ride. If there’s one thing that stands out it’s that Doha (and by extension Qatar) is a place under construction.

As tourists there’s no doubt we get a skewed view of life in any country we visit, so take all of this with a grain of salt. That said, here’s what strikes me about Qatar after our first few days. END_OF_DOCUMENT_TOKEN_TO_BE_REPLACED

How do we convince Ella that places like Qatar can actually be more fun? We thought we would try flying sideways across a sand dune at 80 km/hr with some totally-inappropriate-for-a-three-year-old hip hop blasting away. 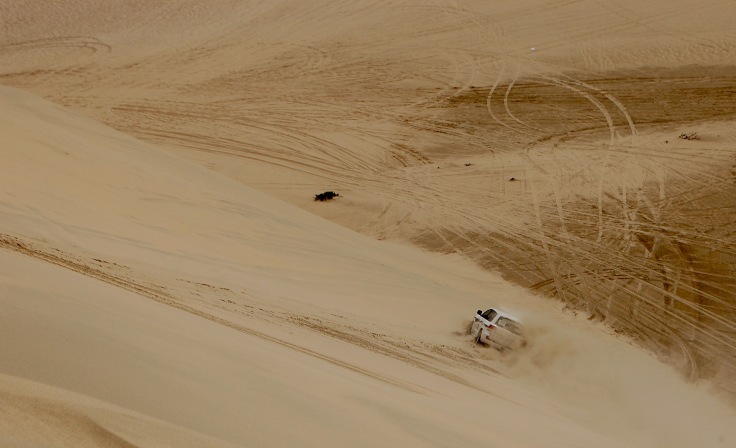 END_OF_DOCUMENT_TOKEN_TO_BE_REPLACED

As we were planning our trip to Qatar and Bahrain it was interesting to learn how many people haven’t heard of either of them. Among those who have heard of them, a common question was what exactly it is that we’re planning to do while we’re here.

Well, Katy is on this trip so you can be confident we have lots planned, but a little R&R by the pool will definitely be on the agenda for this trip too.