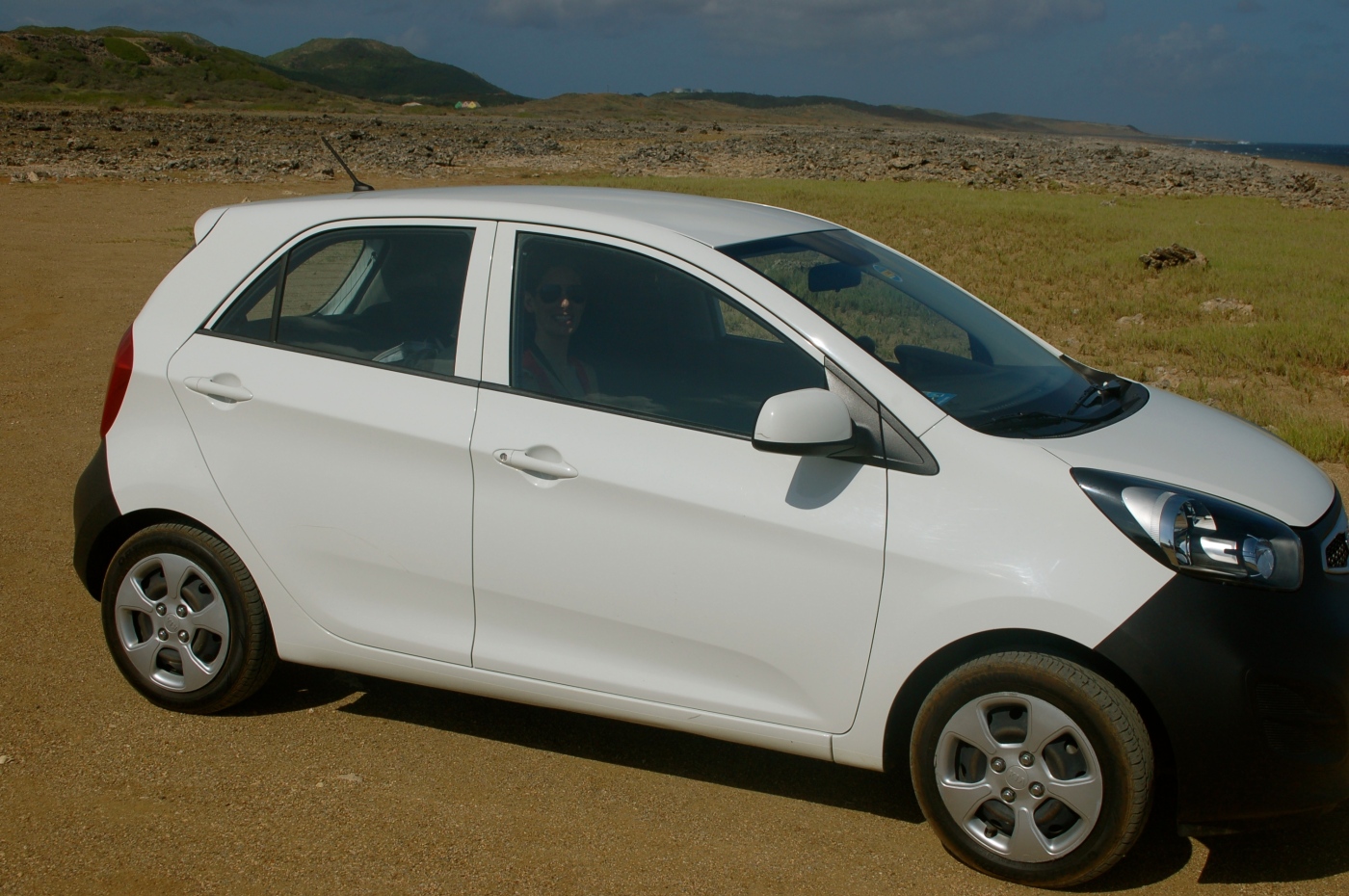 Way back in 2004 Katy and I went to Portugal. It was our first international trip together and we had a great time. Though it took a few years for us to finally accept it, that trip probably proved that we could make a good couple over the long-run. Why? Because we rented a car and that car had a standard transmission. No big deal, except of course that I’d never driven a standard car before. I have a few good stories I could tell, but I’ll save that for another time. Suffice it to say, we nicknamed the car “peely polo” and we haven’t rented a car outside North American since… until now. Fortunately, Katy still married me.

With an area of 444 km2 Curacao’s not a big island, not that much bigger than Malta, and only has a population of around 140,000 so traffic isn’t that bad. Based on our transfer from the airport and our taxi ride to Willemstad, we figured we could handle the driving. Renting a car would also mean a car seat for Ella and that we could set the schedule for the day. Hell, they even had automatic cars. Ours came in the form of a pint sized Picanto. How’d we fair?

Not that bad actually. The driving and traffic were fairly easy, as expected. We did have to double back a couple of times as the road signage left something to be desired but in each case we managed to get quickly back on track.

So, where did we go with this new found freedom? West of course. We started out in the morning by heading to the western end of the island, appropriately named Westpunt. The northern coast of Curacao is rugged and the waves crash in to the coast along this section rather than lapping at the beaches, as is the case on the south coast. We stopped at Shete Boka Park where there are a number of small inlets to visit. Of the many inlets we decided to stop and explore the two that sounded most interesting, Boka Tabla and Boka Pistol.

Boka Pistol gets its name from the sound when the waves come crashing into this small inlet. The force of water entering the small inlet forces it to shoot skyward with a surprisingly loud bang. Unfortunately, the video doesn’t quite capture the sound, but it does give you some sense of the power.

Our next stop was Boka Tabla, which offered a great view along the coast. 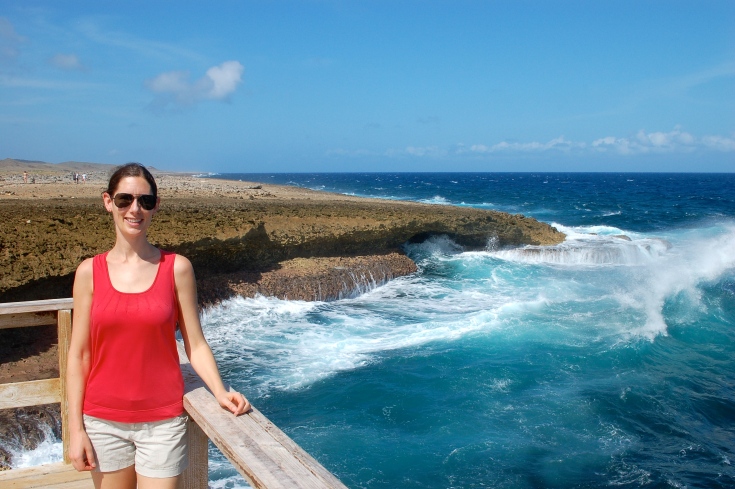 Fortunately, the water at Boka Tabla is a little less violent, as the most interesting feature is the cavern to which you can climb down. Ella, who slept through the Boka Pistol, wasn’t entirely convinced that this was a good idea.

From Shete Boka, we looped down along the south coast to stop at some of the small, beautiful beaches that line that side of the island. Much more relaxing than the waters in Shete Boka, it was really too bad we didn’t get to stop at more of them or stay longer at the ones we did visit.
Playa Kenepa offered a perfect spot for a little picnic.

A chance to give Ella her first real taste of the beach.

And get in a little swimming.

And Playa Lagun was a beautiful place for lunch with restaurant on the cliff above, which you can just about see in the right hand corner of this picture.

By the time we got back to our hotel, it had been a long, but great day. Ella, of course, was all business about getting dinner. Even when they made her a separate little amuse bouche. 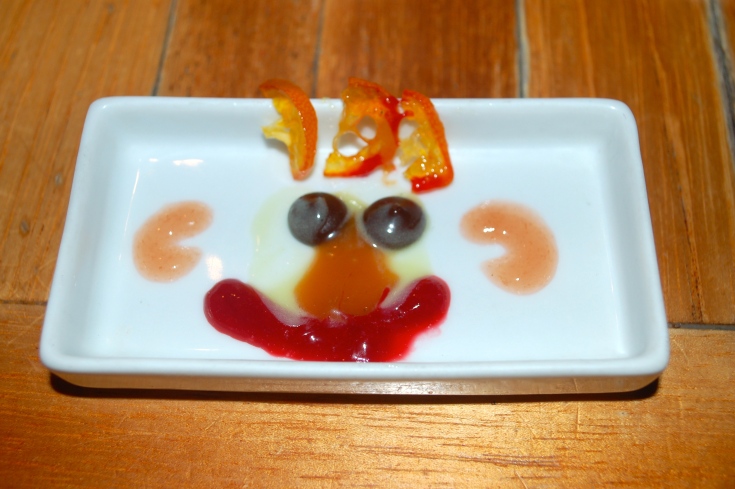