The other day we decided we would hop on a bus and get the Helsinki out of … well, Helsinki. Our destination? The town of Porvoo. 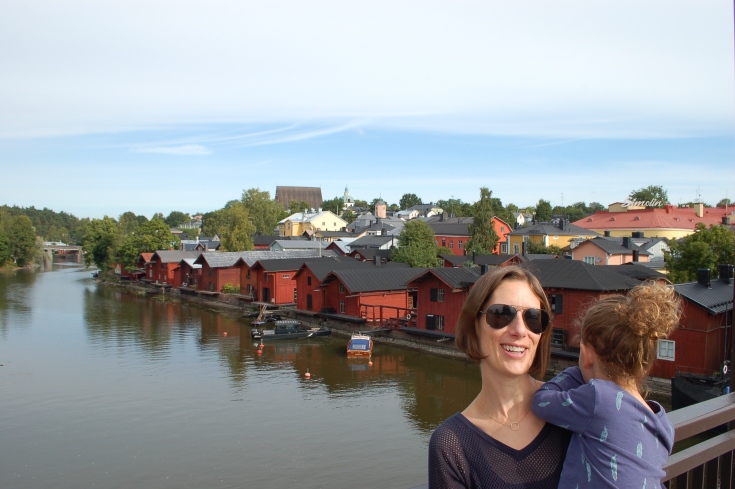 As it turned out hoping on the bus wasn’t quite as simple as we thought it would be. We were only a 5 minute walk from the bus terminal in the Kampi shopping centre. From there, buses run frequently to Porvoo, a 50 minute drive away. It all seemed so easy, at least until we got to the bus station. Once we were there we found very little information on where to get the buses and no transit people to talk to.

Fortunately, Katy found a pharmacy that clearly had to deal with lost tourists before. They had photocopied sheets with a hand drawn map showing you how to find the long distance buses. We bought a ticket from the machine and ran to the gate, just in time. Well, except for the fact that we had the wrong ticket. It seems there are two companies that run buses to Porvoo from Helsinki. Rather than tell us this, the bus driver just insisted that it was the wrong ticket and we had to buy new ones from him. Frustrated at this point, we did. It was only thanks to the onboard free wifi that I figured out that I hadn’t misread the zone maps but that there were actually two companies.

After all that, we did make it to Porvoo. A little about Porvoo, courtesy of Wikipedia. Porvoo is one of 6 medieval towns in Finland and dates back to the 14th century. It’s located about 50km east of Helsinki and is best known for the red riverside buildings of Old Porvoo which you can see in the pictures above and below.

Our visit consisted of a short walk around the old town and along the river. Ella of course could’t resist getting out for a little trail running when the opportunity presented itself.

She even got her old man involved.

After a quick run, it’s alway nice to stop and count the fish. (I’m sure that’s the Finnish version of smelling the roses, no?)

Once we got over the bridge and into the old town proper, we had a chance do to a little shopping at the market and in some of the many touristy shops.

We even got involved with the local art scene.

All that evil-villaining causes you to work up an appetite so we opted for a nice lunch on the water at a cafe with a barge patio.

Then it was time to head home. Ella was still mad with the bus driver, so she proposed an alternate mode of transportation for our trip back to Helsinki.

Things were looking good, until Ella realized we forgot Katy.

By then the rain had starting and we decided a bus with a roof might be better after all. Ella made sure to take extra care of Katy, no doubt still trying to make up for our leaving her behind. 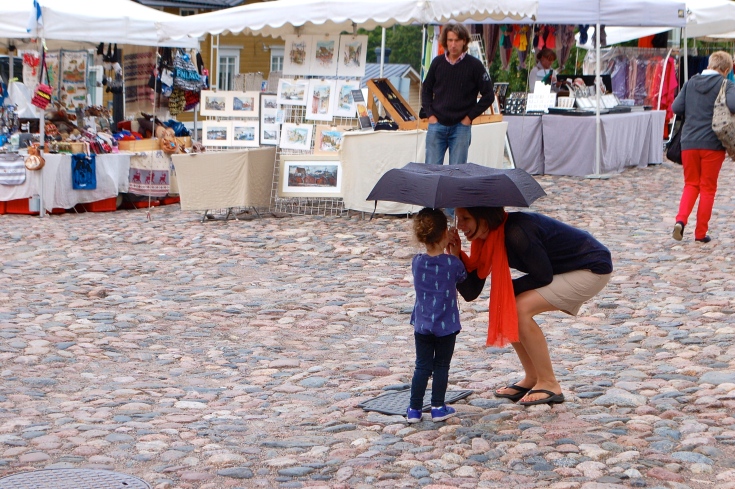 One thought on “Porvoo – maybe it’s for you. (I’m here through Tuesday don’t forget to tip your waitress)”