As our third and final Santiago bike tour with La Bicicleta Verda started, we were quickly joined by our third ‘unofficial’ guide Rojo. 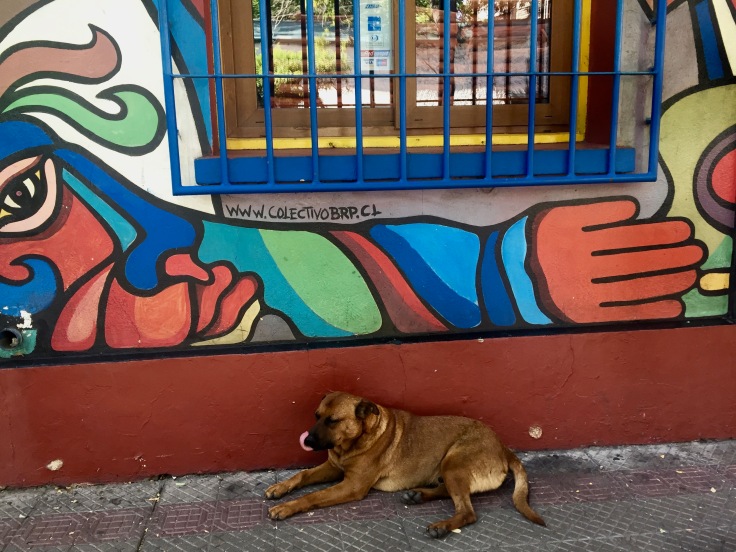 As one of Santiago’s 1.5MM stray dogs, Rojo seems to have become an official mascot for the tour. He met us soon after we started and followed us from stop to stop. As with most of the strays in Santiago, he shows no sign of starving and wasn’t begging for food, he just seemed to enjoy providing the bikes an escort.

The story of Santiago’s strays, at least as we heard it, is an interesting contrast to how things work in Canada. As people moved from the the country to the city, they brought their dogs with them but rather than keep them inside they let them roam free. The city tried to put in place rules to control the growing stray population, including having them rounded up and sent to the pound. Faced with angry dog owners, tired of having to come and get their dogs, the city apparently just gave up and set all the strays free.

They have since instituted programs to offer free neutering and subsidized medication, but I’m still amused by the city’s policy effectively coming down to, “meh, I give up”.

A boat lover afraid of the sea

Before heading over to the markets we stopped by one of the former homes of Pablo Neruda. Neruda, as you may know, was a politician, poet and Nobel Laureate.

A quick peruse of Google can tell you more about Neruda than I ever could, but the one quirky thing that I took away from the tour is that Neruda loved ships but was afraid of the sea. As a result he built his houses to look and feel like ships. Oh, and that his house had two front doors, one for his wife and one for his mistress. 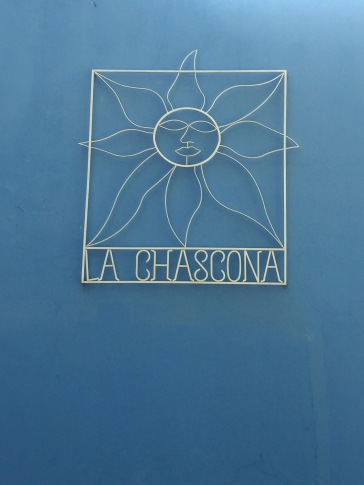 A market on each bank

From there we headed off to the the main market, La Vega Centrale. As they put it in the tour description this is “Santiago’s largest fruit, vegetable, and everything in-between market”, which is pretty accurate.

In addition to the variety of fruits and vegetables there were all kinds of stalls, including one called “Planet Rock” that sold only eggs and soap.

The highlight was stopping to chat with our guide Gonzalo about Chilean politics while drinking fresh pineapple and strawberry juice and snacking on sopaipillas (fried dough made with pumpkin).

Before heading home, we crossed over the river for a quick stop at the Mercado Central (central market). Despite the name, this market was really half fish market, half tourist site. 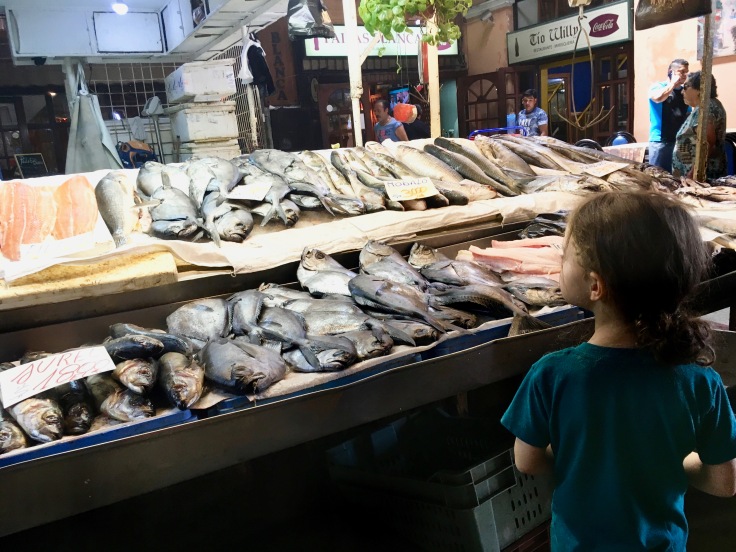 After a pleasant ride home it was time to head back to our apartment to pack our bags and head to the airport. 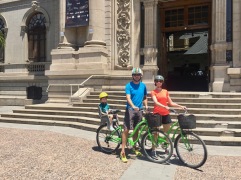 Up next, more napping on the go as we head to Easter Island.

A quick post script for anyone still reading. We would highly recommend La Bicicleta Verde, as long as you aren’t one one of the 7 people who should avoid [their] tours.