Drinking and biking don’t typically mix all that well, but when done in the safe confines of a vineyard on a beautiful sunny day, it’s hard to see a downside. 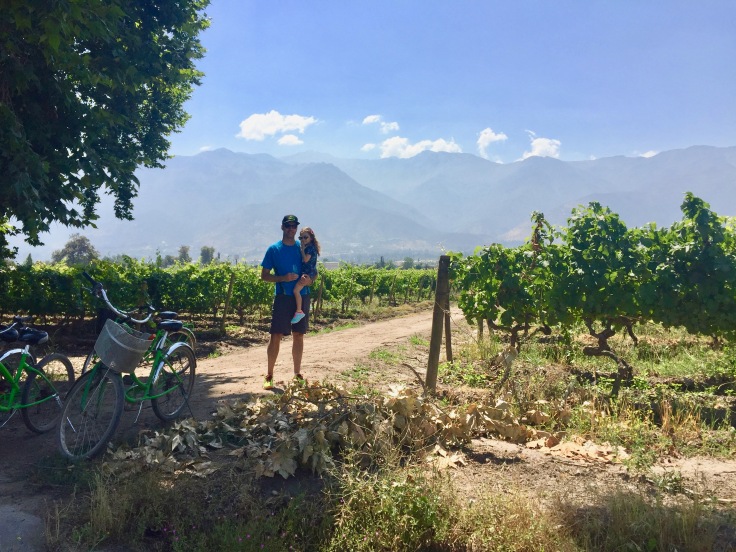 After a day exploring the city, we took the subway about an hour from downtown where a short taxi ride got us to Vina Cousino Macul. There we met up with La Bicicleta Verde again for a bike ride around the vineyard and a tour of the historical winery.

It was a smaller group than the previous day, which was nice.  We were joined by a friendly couple from New Zealand. I will reluctantly describe them as young, only because describing people in their mid-twenties that way makes me feel old.

A subway to the vineyard? How civilized.

Coming from Toronto where a visit to a vineyard means riding in a car for an hour or two, the idea of being able to take the subway was pretty nice. Navigating a subway in a new city is always tricky, particularly during rush hour with a 3 year old in tow, but there was something nice about it. 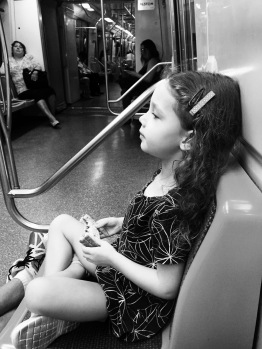 She make look bored but she loves a good subway ride.

We arrived a little early which gave us a few minutes to explore on foot and Ella a chance to get some shots with her camera.

The tour consisted of two parts, a bike ride around the vineyard with a tasting amongst the grapes. We learned that Vina Cousino Macul is one of the older vineyards in Chile and is also home to the oldest vines. While the 84 year old vines may not be the most productive, they are used to produce one of Cousino Macul’s premium wines.

The second part, a walking tour around the winery, some of which was no longer in use and, you guessed it, a tasting.

The Macul family cellar with some 10,000 bottles. Not part of the tasting unfortunately.

Another fun day, means another nap on the go to rest up for the next adventure.

Up next, back downtown for a tour of Santiago’s markets.