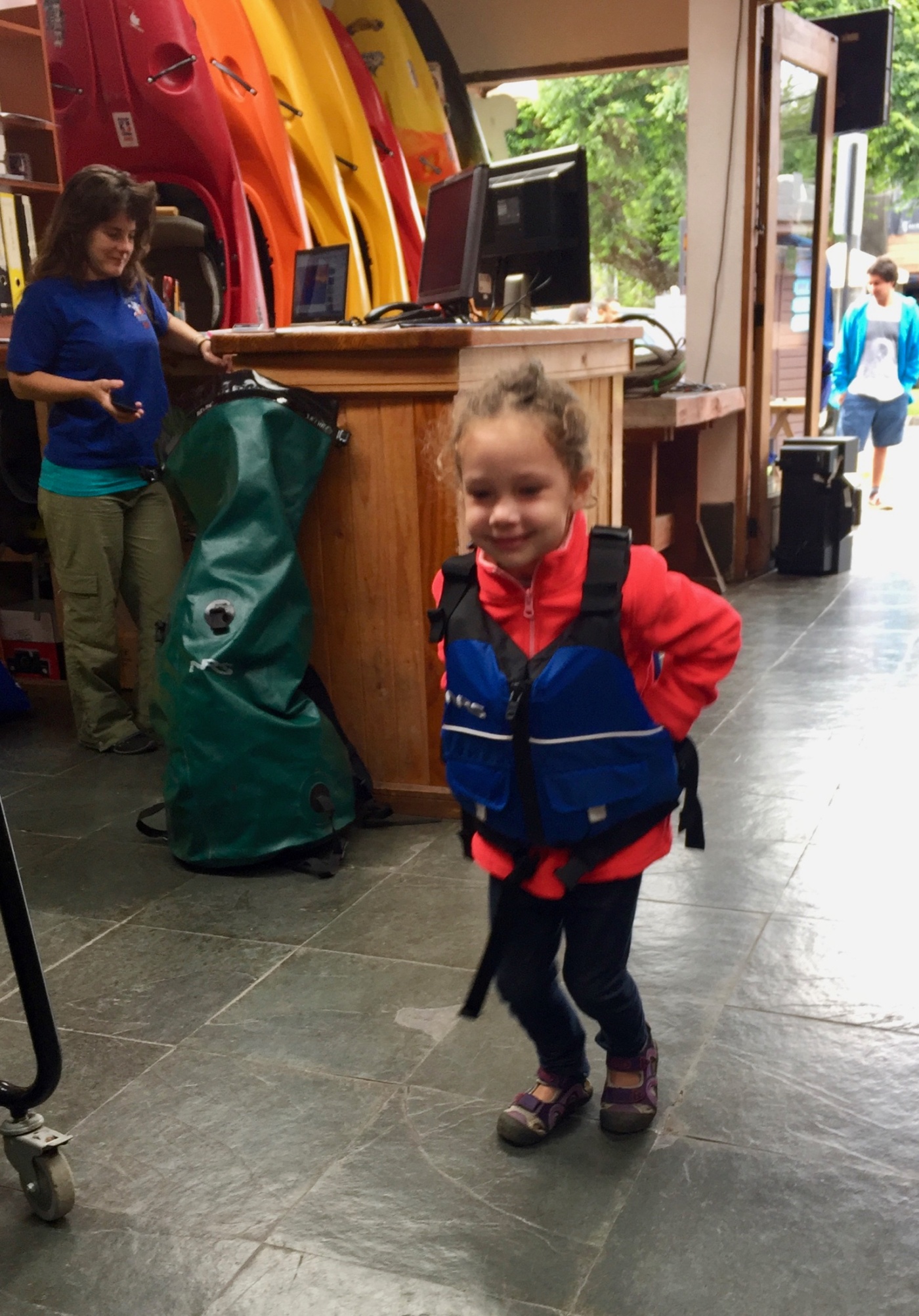 White water rafting has always intrigued me. We had a taste while canoeing on the Belize River back in 2009. At the time, I certainly didn’t think the next time I went down a rapid (even a lowly class II) it would just be me and a three year old in the boat. 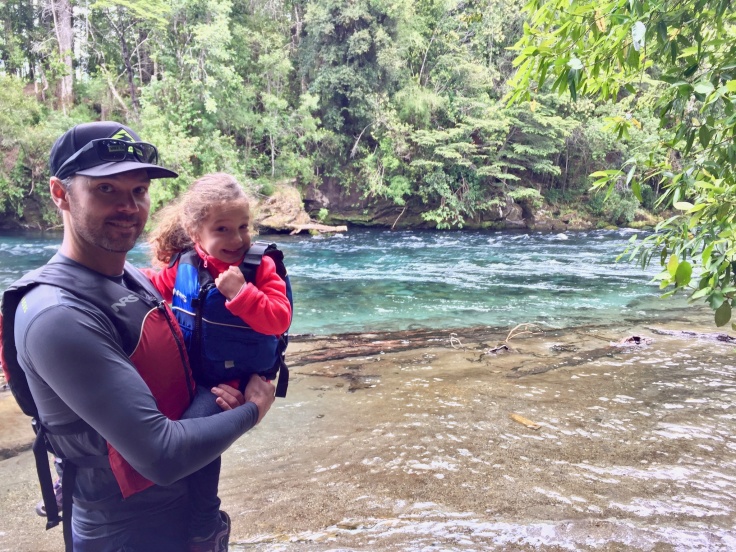 When we first arrived in Pucon, we checked with a few of the local adventure tour companies about family friendly options. Most suggested boring bus rides to the local highlights. Not our idea of fun, or Ella’s, and something more easily done in our own car.

Aguaventura on the other hand was much more helpful. They offered friendly advice on hikes and booked a trip for us with Kayak Chile for a “family float”.

When we arrived, they had a small life jacket waiting for Ella, apparently a hand-me-down from the owner’s son. Then we loaded the van and we were off.

Our guide for the day was Shahid, a British language student who is spending the year in Chile as part of his degree at Cambridge. He also happens to be a kayaking guide. Incredibly nice, he tried to assure us that taking us on the “family float” was part of the nice mix of different tour types he gets to lead.

Enjoying the wind in her hair. 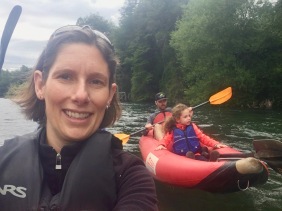 A quick look at his blog, ¿Where’s Wahab?, and it’s clear he’s probably much happier on a more adventurous tour but we we’re lucky to have him. Ella warmed up to him faster than she does most new people and we had a great time on the river.

Given the small group, and I suspect our lack of experience, we went out in two “ducky rafts” rather than a big one. Ella drew the short straw and got to ride with me while Katy went with Shahid. Despite some initial fear, Ella’s most frequent statement was “faster daddy, faster!”

We never did get going as fast as Ella really wanted but we did have a great time on the river and would highly recommend it if you find yourself in the area.

Relaxing in the termas

For our last day in Pucon, we stuck with the water theme and headed out of town to visit one of the many hot springs in the area. We chose Los Pozones as it sounded more rustic/natural and less polished, i.e. rocks at the side of the river, not an indoor swimming pool.

With roads winding through the hills, the drive out to Los Pozones was beautiful and a pleasure to drive, even in a Corolla.

After arriving, we paid our fee at the gate and drove down to the parking lot (there are 2-wheel drive and 4-wheel drive lots). From there we hiked the final 300 meters or so down to the riverside.

The hot springs consisted of 4 open pools (the website says 6) that progressed from hot to cool. We were the first ones to arrive and had our choice of pools. We were surprised at just how cold the furthest ones were but found two that were respectively a little hot and a little cold and alternated between the two every 15 minutes.

Nice as they were, these pools were small. For a little contrast we’re off to visit the world’s biggest swimming pool in Algarrobo tomorrow.