Our last stop in Chile was Valparaiso. The city rose to prominence as a major stop on the route to California during the 1849 Gold Rush. Today it’s better known for steep hills and street art. 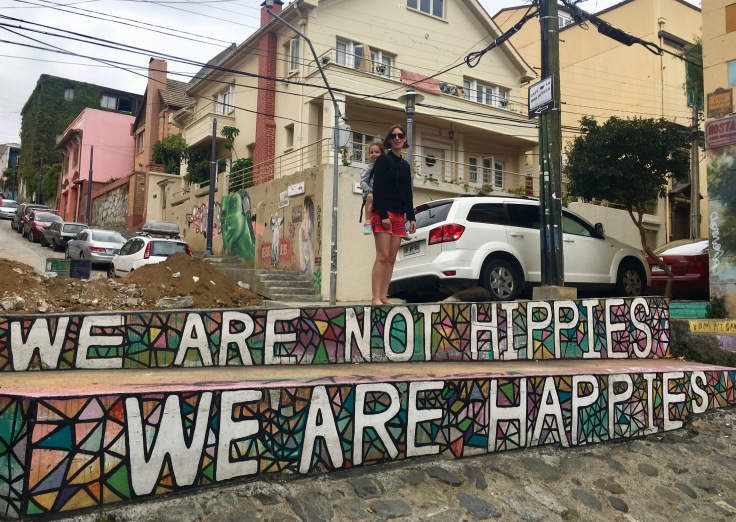 The drive to Valparaiso was a about 3 hours from Santa Cruz. Driving in Chile is pretty easy. Perfect for one of Ella’s many car naps.

This drive did have a little excitement when we passed through a pretty intense rainstorm. While some cars pulled off the road, we were able to slowly continue on our way. I was just grateful we were through the rain before we arrived in Valparaiso.

We couldn’t get a picture that really captured it, but the roads in Valparaiso are insanely steep. Driving on them is like riding a roller coaster, except you don’t have the rails to keep you on track and you have to avoid the other cars coming from multiple directions.

I haven’t found a solid source, but this blog says they’re as steep as 40 degrees, and I don’t think that’s an exaggeration.

It didn’t help that you were often navigating these hills while crossing intersections like this one near our apartment. 7 entry points, no right angles, lights, or signage. 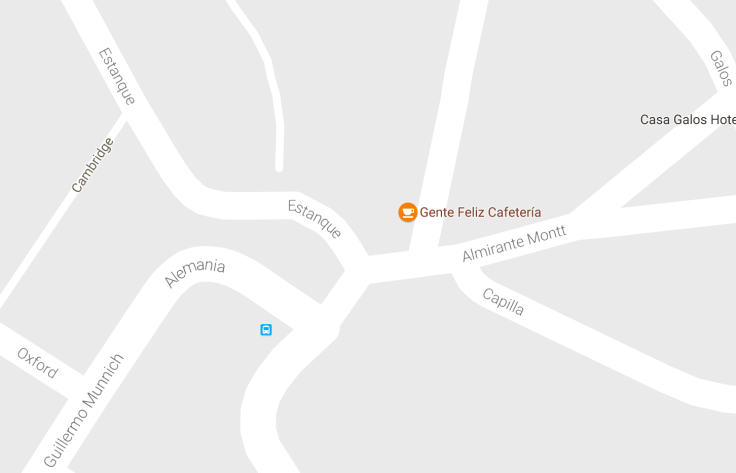 Our history of good luck (and research by Katy) when it comes to Airbnb apartments continued. Located in Cerro Algre we were just above a great cluster of restaurants, notably on Paseo Dimalow.

One of our favourites was Fauna which offered both good food and a great view of the bay.

Ella was a bigger fan of one of the other notable features of Paseo Dimalow, a slide at the top of the Queen Victoria funicular. We didn’t let her have all the fun though.

The next morning we headed out on a walking tour with Tours 4 Tips, a sister company of La Bicicletta Verde in Santiago. As the name implies, the tour is free and you are asked to tip what you feel is appropriate at the end of the tour.

It’s clearly a popular approach as there was a large crowd assembled around the guides who are all dressed in red and white shirts like Where’s Waldo.

The tour itself and our guide Camilo were both great. It was listed as an 8km walk but that must include the public bus ride up the hill and most of the walking was downhill. Ella was great, often at the front of the group with Camilo.

In addition to the walking and bus ride, the tour included a stop at a former prison turned into a cultural centre for a little history lesson. It really highlighted how hilly Valparaiso is, that walking into this space and seeing a flat field felt shocking. 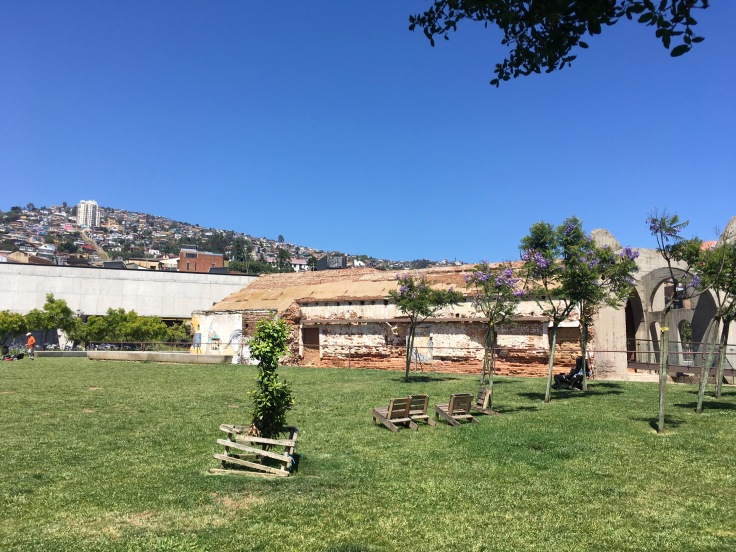 Our guide offered a fascinating personal example of how the dictatorship divided the country. His mother was staunchly anti-dictatorship and had a cousin who was tortured. Meanwhile his father was in the military and served as the personal butler to Pinochet when he visited Valparaiso for several years. Amazingly his parents are still together.

The tour also highlighted some of the graffiti. I was particularly interested to learn that the larger murals were a consciously imported idea when Pablo Neruda invited two Mexican artists to Valparaiso.

The tour finished back downtown at the Tour 4 Tips headquarters where we had a chance to taste a local drink “jote” a mix of red wine and coke. (All this time and we didn’t realize that Katy’s dad, Stan, was from Chile.) 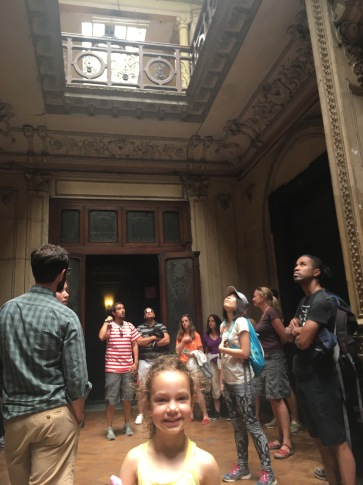 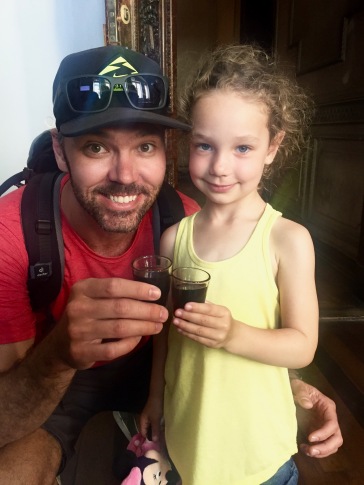 Whether you think this sounds good or bad, you’re probably right.

After the tour we headed back up (literally) to our apartment for a little time by the pool.

Up next we’ll visit Valparaiso’s sister city Vina del Mar for a quick tour before we spend our last day in Valparaiso. Then it’s time to head back to Toronto and reality.