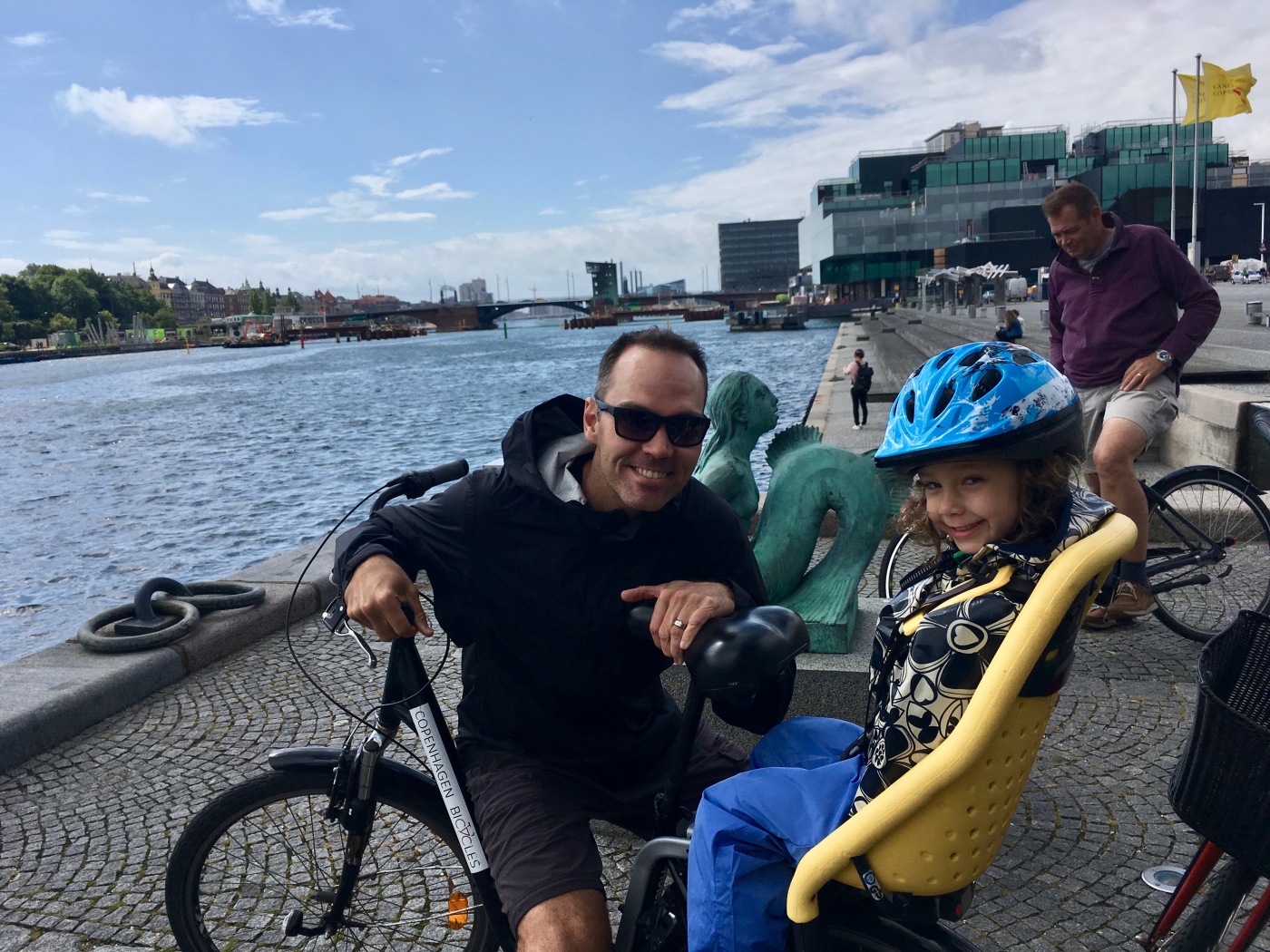 After a night’s sleep (I won’t say good, as Ella had me up a few times) we were ready to get back to exploring Copenhagen.

We had booked a city tour with Copenhagen Bicycles. Located in Nyhavn near the new bicycle bridge, they were just a 10 minute walk from our apartment. 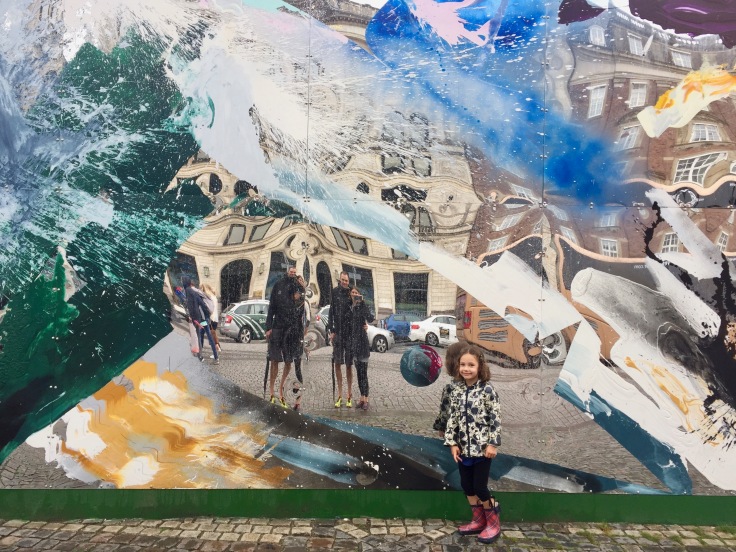 Our route to the bike shop took us through Kongens Nytorv, one of the city’s many squares. Unfortunately, most of the square is fenced off for the construction of a new metro station but Ella did enjoy the art along the fence.

The walk along Nyhavn included some more public art, this time from Chinese artist Ai Weiwei. The piece, Soleil Levant, which includes hundreds of salvaged life jackets stuffed into the giant windows of the Copenhagen art museum Kunsthal Charlottenborg, symbolized the plight of the refugees crossing the Mediterranean. 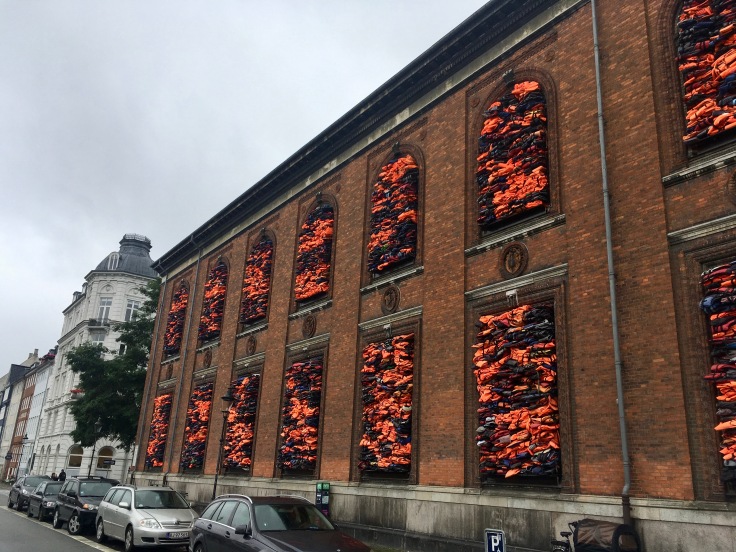 Given Copenhagen is generally seen as one of, if not the, most bicycle friendly cities on the planet it wasn’t too surprising to find that we were part of a large group. 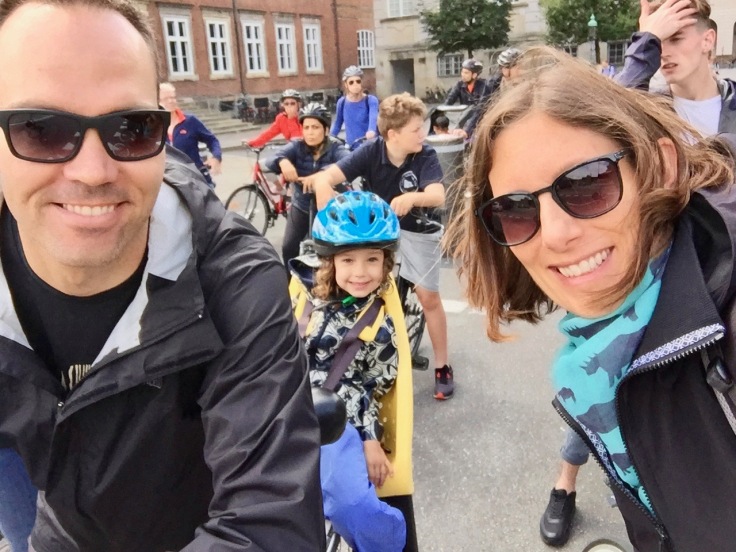 As we set off, we initially settled into the back of the group. This was a mistake. We soon realized riding in a tourist group like this has one thing common with riding in the Tour de France peleton, it’s safer to be at the front.

It seems not everyone rides as often as we do and while nobody really crashed, it’s not as much fun to be following or riding next to someone who looks like they might go down at any moment.

From the front, it was a much more pleasant experience. Our guide Bo was very knowledgable and the weather cooperated enough to keep us dry.

The tour took us to many of the main points of interest in Copenhagen and left us with a better idea of what we wanted to visit in greater depth, not to mention a first taste of cycling culture in Copenhagen. 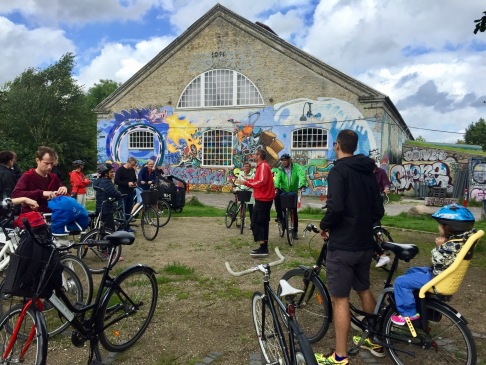 Getting the low-down on Christianhaven 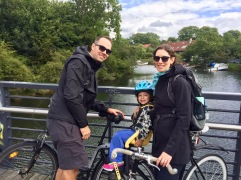 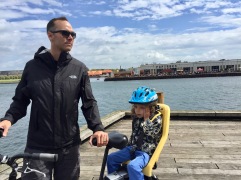 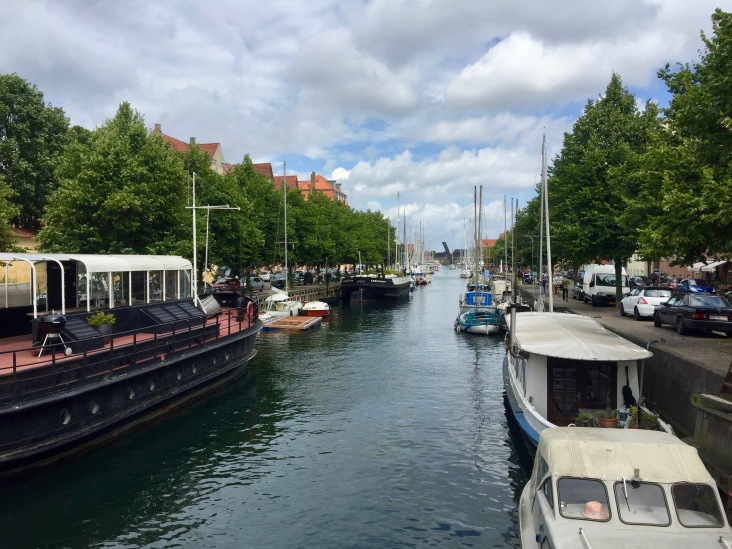 Our best impression of bike nomads

After the tour we headed straight to the metro to make our way over to our friend Tina’s apartment. We met Tina 8 years ago in Belize and will be spending a night camping with her and her family on Hven, Sweden on the weekend. They were heading to Hven a day earlier so we needed to pick up some camping gear that she and her friends were loaning us.

The trip out to Tina’s apartment was nice and easy. The metro system here is quite good and she lives just a few blocks from the station. We did end up looking like a nomadic family living off of bikes as we lugged the gear back to our apartment, but we’re now all set for camping. 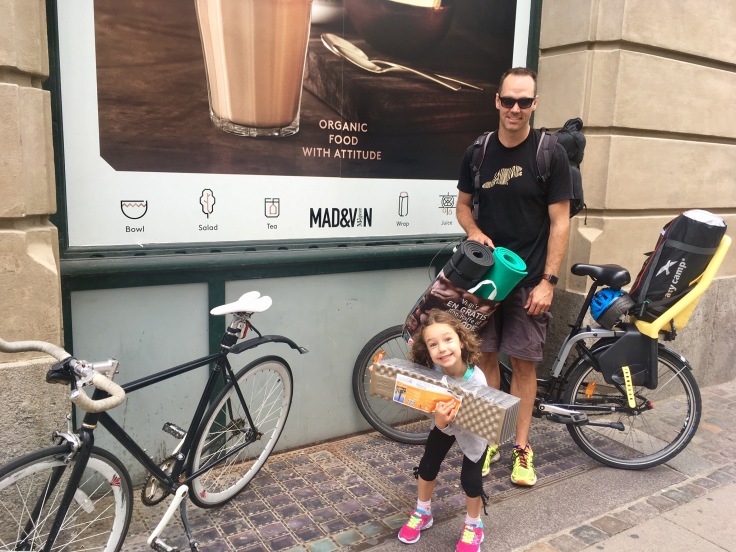 Exercise and a nice meal

Back at the apartment Katy decided to go for a run before dinner. Ella decided that she too would get some exercise and while I typed on the computer she set herself up with some music from Katy’s phone and started her own workout. A little strange for a 4 year old, but I think I’m proud. 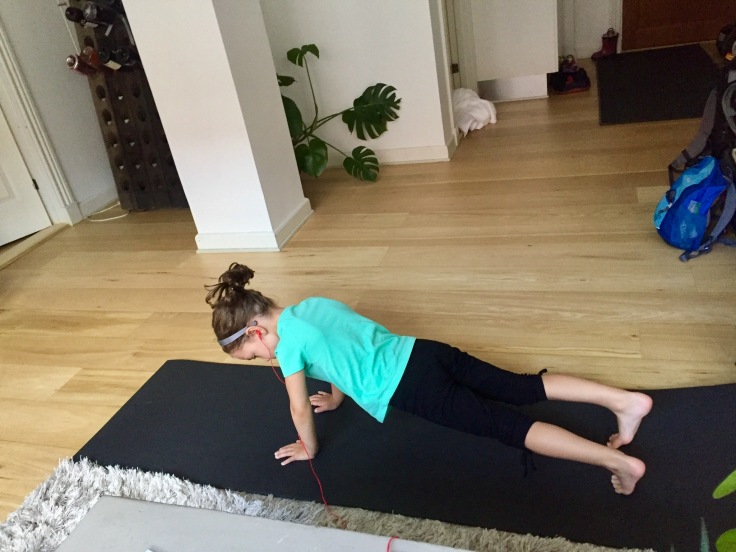 For dinner we went to another restaurant that had been recommended to us, Llama. The restaurant had a cool vibe and the food was great. Unfortunately the other trend we’re starting to see go hand-in-hand with the quality of food here, held true as well… the price. That said, we’re happy to pay a little more for food when it’s really good. 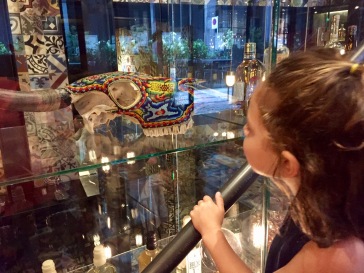 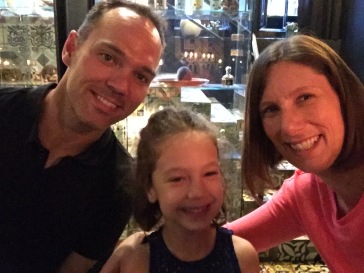 With full bellies it was time to call it day. Up next we’ll hop on a ferry to meet up with Tina and her family in Hven for a night of camping.