When someone finds out about our frequent travels the next question is, almost inevitably, what’s your favourite place? My typical answer is that I really don’t have a favourite. Each place is so different from the next. I could tell you that Vietnam probably had my favourite food, or that Climbing Kilimanjaro and visiting with the gorillas in Uganda were two of my favourite experiences, but that doesn’t mean they were my absolute favourites.

One place that is working hard to make a case for favourite status is Bermuda. I’ve never written about it, but as I write this we’re flying back from our third visit in as many years. We never go back to the same place! So why do we keep going back to Bermuda?

For starters, it’s a beautiful place.

Bermuda, perhaps most famous for being one point in its three pointed namesake, is located just over 1,000 kilometers off the coast of the continental US. The island is home to 110,000 lucky people. 65,000 of them are locals and another 45,000 are work permit holders.

In some ways, namely the climate, Bermuda feels like a caribbean country. In others though, it feels like something completely different. Tourism is not the primary driver of the economy here, in fact it’s a distant number two behind international finance, more specifically reinsurance. This might explain why the island feels more livable than “touristy”. That, and the fact that there are no tacky all-inclusive resorts. Something, as I’ve written elsewhere, we’re not exactly keen about.

It’s small but it’s not flat.

It goes without saying that when we visit a place like Bermuda, a little time sitting by the pool with a drink is on the agenda. Even if that sometimes includes a little work.

Then again, we’re not ones to just sit around a pool for days on end, we like to explore the places we visit. One way of doing so, that we’ve enjoyed on all three of our visits, is by bicycle. As Bermuda is a small island, you can cover the whole thing by bike in a day or two depending on how aggressive you’re feeling.

I should note that while it’s a small island, it’s definitely not flat so you should be prepared to sweat. On this particular trip we were able to take advantage of the free bikes available at the Fairmont Hamilton Princess, but there are a few rental locations on the island.

The roads are pretty narrow so it helps to be comfortable riding with cars passing. The local drivers are very considerate of cyclists though and good about leaving enough space when they do pass. The island also doesn’t allow car rentals to tourists which I think helps.

As long as you opt for mountain bikes, you can take advantage of the railway trail that runs the length of the island along, as you might guess, an old railway route. One of our favourite routes is to take a combination of that trail and South Road from Hamilton around to the Royal Naval Dockyard and then catch a ferry back to Hamilton. 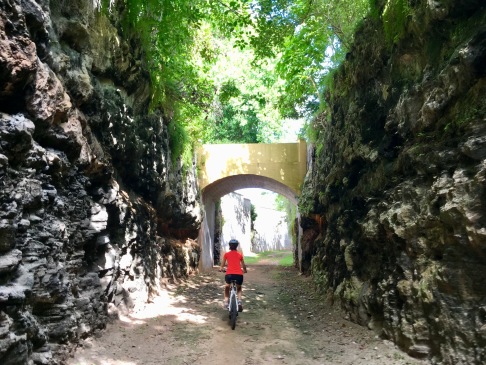 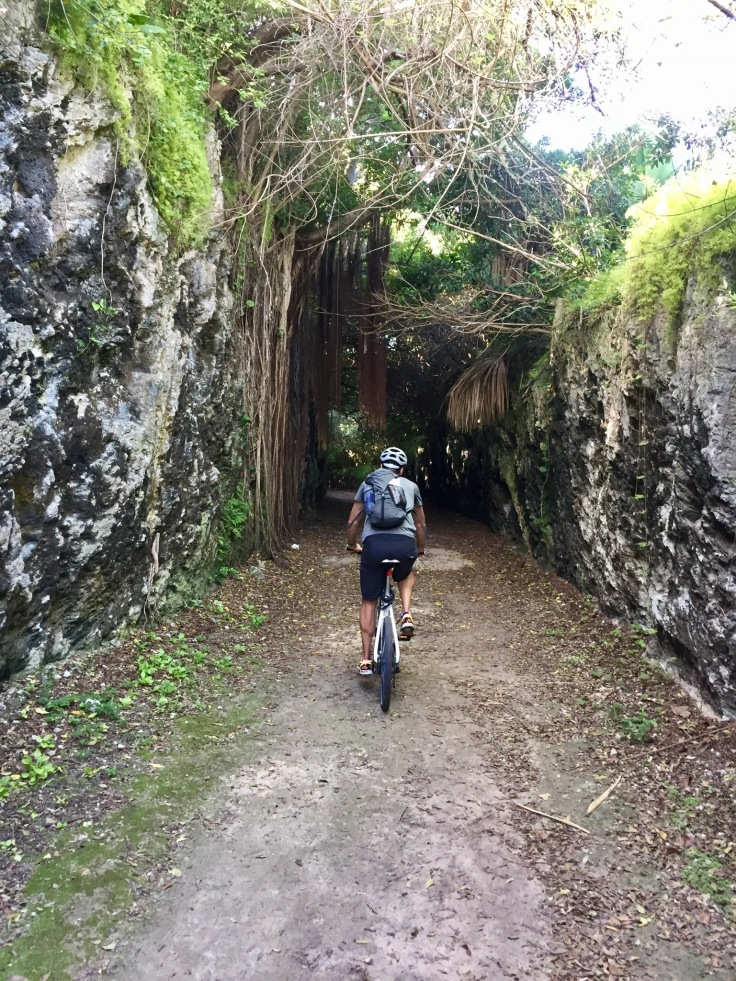 The trip is about 25km and we break it up with lunch and beach stops along the way to make it a fairly leisurely ride. As we were staying at the Hamilton Princess on this trip we had the advantage of access to a private beach club on the other side of the island.

Glow worms, not the orgasmic experience we were seeking

How did we find about this? I’m not really sure. One minute Katy was surfing the internet in our room before bed, the next thing I know we’ve booked tickets to a glowworm sex show. Draw your own conclusions…

It seems the worms are fairly fickle and you never know what kind of show you’re going to get. Unfortunately, ours wasn’t much to write about… so I won’t. I will say that the one person who really enjoyed it was a guy who got pretty loaded on the boat and then thought any light reflecting off the water was a glow worm mating.

While the worms failed to deliver, the ride out to the location on a catamaran was great and probably worth the not insignificant price of admission.

The other new experience we tried was the glass bottom boat tour. Leaving from Hamilton, the tour heads out of the Great Sound to the western side of the island near Long Bay Beach, Daniel’s Head and Daniel’s island.

While the reef that surrounds the island means that here are no big fish, there is plenty of marinelife to be seen, particularly at the shipwreck just off Daniel Island, the HMS Vixen. I don’t know that we would do it again, but definitely a nice way to spend a few hours in the afternoon. 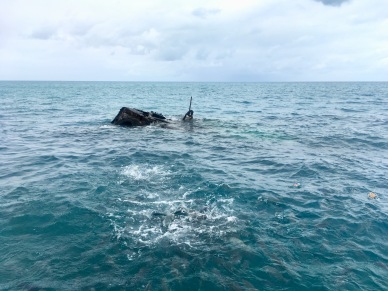 With a few trips under our belt, I thought I would do a quick summary of some of the more frequent questions we’ve had about Bermuda.

Where do we stay?

How long does it take to get there?

When are we going next?