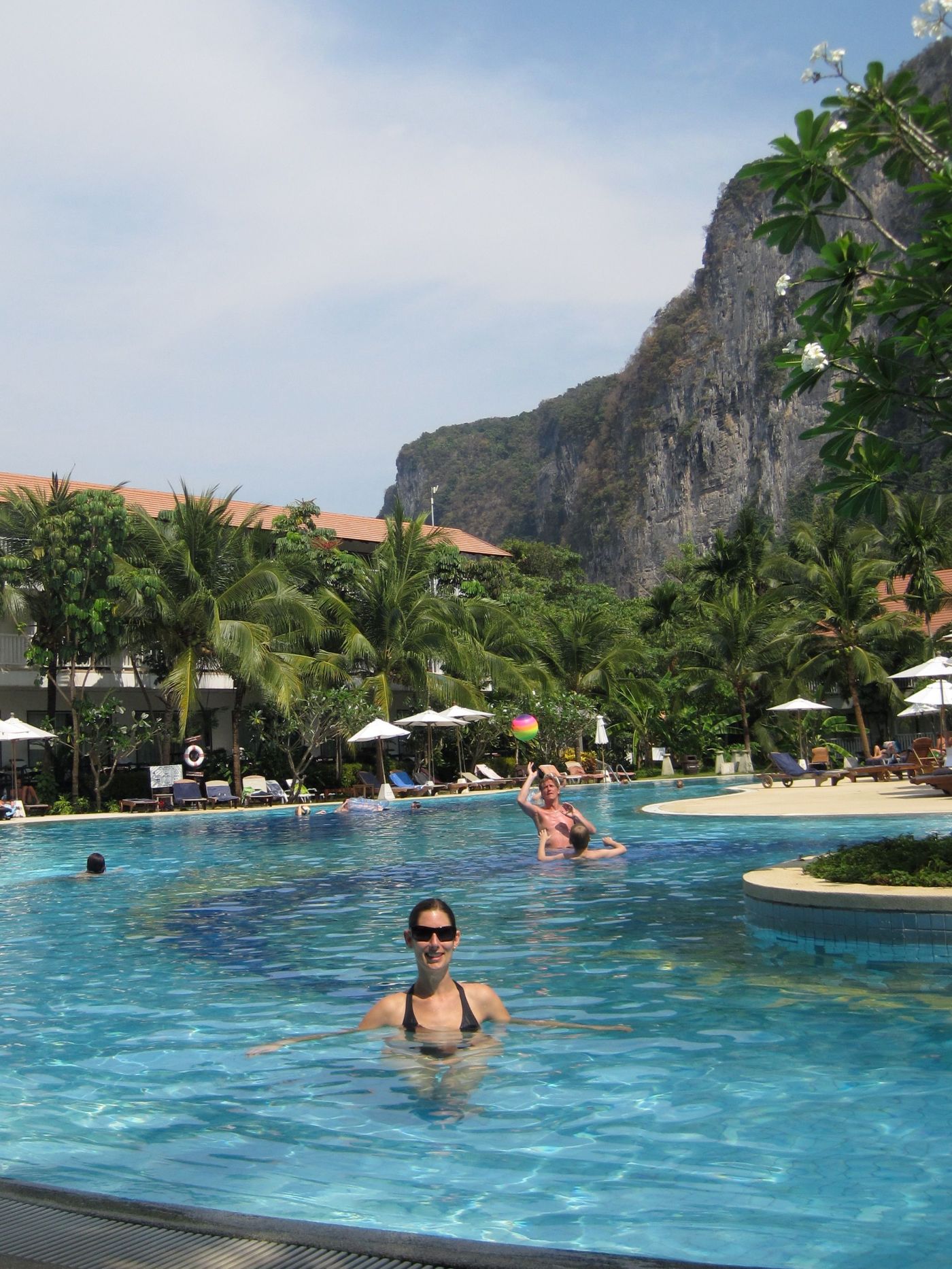 It’s the last day of our trip and, as usual, it’s gone by far too quickly. We’ve packed a lot into the last two and a half weeks, but it still feels like we just left.

Our 7:00 pm flight from Krabi to Bangkok meant we had to leave for the airport around 4:00. While we considered another private hire boat tour we decided to opt for hanging out near the hotel, in part because we had to be checked out by noon.

After trying to sleep in a bit and having some breakfast we went to get massages, a.k.a. “massssaaaaaa”. The hotel had a promo that included an hour of Thai/oil massage and an additional service, e.g. a pedicure or a head and neck massage all for $10. Katy opted for the pedicure and I went for the head and neck.

Once rubbed and stretched into relaxation we dropped our bags off at the front desk and headed to the beach. Realizing that it wouldn’t take long before the sun started to get the better of us we walked down to have lunch at the last cafe on the beach, conveniently called, “The Last Cafe”. Katy even had time to pop over to see the vicious monkeys again while our order was being processed.

After lunch we split our remaining time in Ao Nang wandering the stores and lounging by the pool. The latter was a bit tricky because the people at our hotel seemed to think that it was ok to simply leave a towel on a chair by the pool all day, even if they weren’t actually around. It was so bad that people seemed to drop off towels at the pool before going to breakfast to reserve their seats for the day. This made it harder when we were trying to figure out if a towel on a chair was for someone in the pool and taken, or someone being selfish so we could move it. In the end we managed to figure it out and didn’t even get into any fights.

Needless to say, we were sad to see the end of the day and reluctant to leave the sun and water for the airport. In the end, common sense prevailed and we got on the shuttle to the airport.

The flight to Bangkok was uneventful and we were pleasantly surprised that our $30 per night airport hotel included a free shuttle. The hotel itself was clean, we only had to kill one bug, but other than that it was pretty much what you would expect for the price. Given that we arrived close to 10:00 pm and had to be back on the shuttle to the airport at 5:30 am, it did the job just fine.

A chance for some sleep before the marathon travel from Bangkok to Toronto begins.