Sure, we don’t have any luggage but we’re in South Africa, we had a decent night’s sleep, and the weather is beautiful. In sum, we have nothing to complain about. With a little jet-lag (though less than expected) and my having caught a cold on the flights over, our first morning was a fairly relaxed one. Our only goal for the morning was to swing by the shops to pick up some essentials. Good thing too, as that afternoon Kevin and Vanessa had much more exciting things planned, especially for Ella. 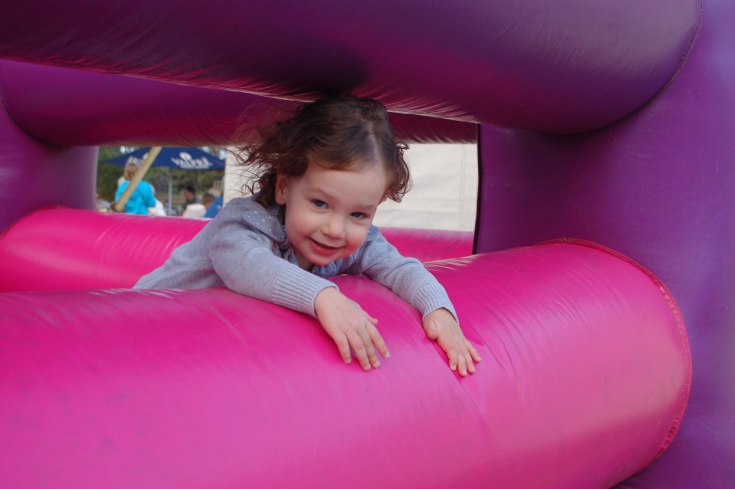 Fortunately we can access a number of shops from our Airbnb apartment which is just off Long Street in Cape Town’s city centre. Our first stop was the wellness centre just up the road which included a pharmacy where we picked up some drugs for me, along with some flip flops for both Katy and me.

The same complex had a Woolworths where we could pick up a few groceries and right next door was a nice restaurant called Knead where we had breakfast.

Before heading out, Katy had called to check on our travel insurance to see if it would cover anything while we waited for our luggage. We were pleased to find that we had a small allowance to get us through which paid for the aforementioned flip-flops. We also stopped by a second-hand children’s clothing store, that Kevin had recommended, to grab Ella some more weather appropriate clothes. A little longer walk took us down to the other Woolworths where I picked up some clean underwear. Unfortunately, I wasn’t as successful on the t-shirt front as what they had on offer were essentially belly tops for me. Nobody wins if I go that route so I decided to stick it out with the same shirt. At least we had better luck with deodorant.

This small but successful shopping spree had left Ella and I fairly tuckered out so it was back to the apartment for a nap.

After nap time, we had arranged to meet Kevin, Vanessa and their son Nate, for dinner at the Chilled Market at The Range.

The Range is located on the other side of the mountain between the Constantia Valley and the Tokai Forest. Every Friday they host a food market from 4:30-9:30. It’s about a 30 minute drive from our apartment and Kevin suggested we just hop in a taxi and meet them there. Despite the simple directions, we managed to get there about half an hour late, though we weren’t totally to blame. The first taxi company we called is obviously a popular one as they just didn’t bother showing up.

When we gave up on them, the security guard at the front of our building was nice enough to get us a new taxi. The only problem then was that he had no idea where we were going. First I was mispronouncing Tokai. Eventually this was resolved by my showing him the word to which he responded, “ohhh, TOO-Kai”. I admit I was wrong, but is the leap from “Toe-Kai” to “Too-Kai” really so much to ask?

After that we were off to the right town, but it soon became clear that a) the driver still didn’t know our actual destination and b) the first taxi company’s cost estimate had been wildly optimistic. Fortunately, Kevin had told us which road The Range was on and I happened to spot the street sign on the way into Tokai and got the driver going in the right direction. A couple of three point turns and one stop for directions later we arrived at The Range.

Going to the market turned out to be a great idea. Nestled below the hills, it offered a beautiful backdrop for a nice dinner outside, a special treat having just left the cold of Canada.

It didn’t take long to confirm a few things we had learned about South Africans from some that we know in Canada. They like meat and they’re open to any excuse for a drink. The food was great and far more internationally varied than I would have anticipated. The bar offered some very nice wine and good craft beer for a wonderfully low price.

While all of that was great for us adults, what really made it nice for Ella was the selection of bouncy castles at the back of the market. For most of the night, Katy and I took turns talking to Kevin and Vanessa with the rest of the time spent watching Ella go nuts in the bouncy castle.

We always figured she would like one and her enthusiasm didn’t disappoint. 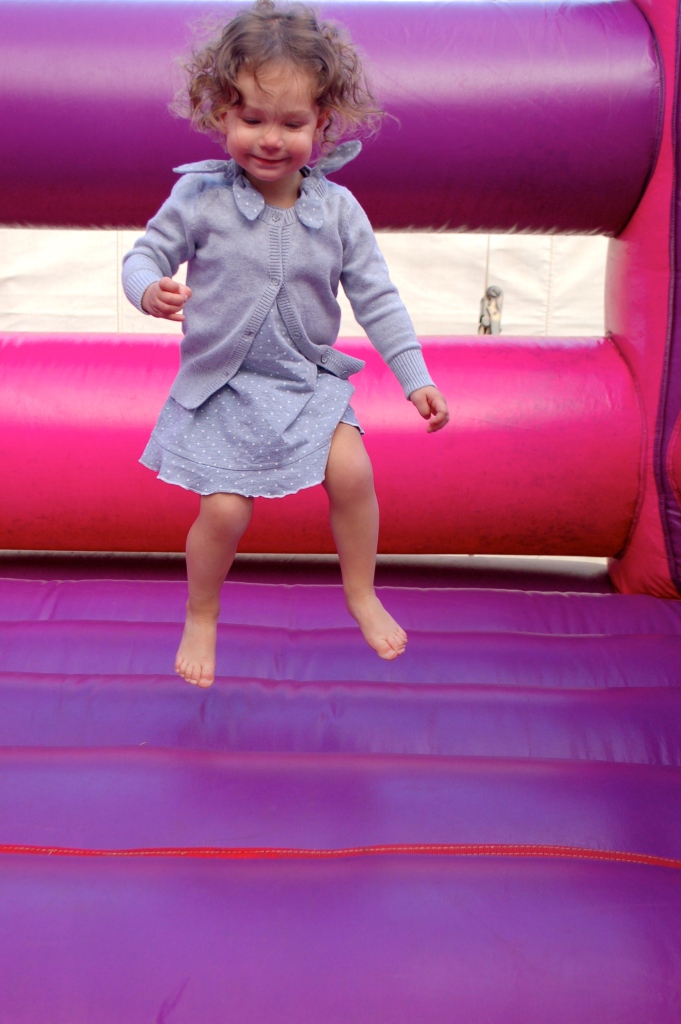 Fortunately, Kevin and Vanessa had room in their car so we didn’t have to deal with taxi confusion on the way home. Add that to the fact that we would never have found this place on our own and it really highlights the value of having some locals (or semi-locals) to show you around a new place.

Tomorrow is Saturday so Kevin and Vanessa offered to show us more of the insider view of Cape Town they’ve picked up in their time here.

Ella? She went to sleep muttering bouncy castle. Hopefully her dreams delivered as I suspect we won’t find any tomorrow.

Speaking of fictional bouncy castles, maybe that’s where our bags are. They haven’t made it to us yet.